Are You a Member? Be Part of Something Bigger

When Annie Andrews and her husband Allan were renovating their 1908-built house, they never thought they’d stumble upon documents dating back over 100 years ago.

The couple moved to Moose Jaw in 2018 and began doing renovations in 2019. While doing ductwork in the basement, Allan spotted a book up in the rafters.

“When my husband showed it to me, I had that ‘Oh my gosh! That's really cool’ because you hear about things being found in old houses, you know, you open up a wall to rebuild whatever it was and oops, there are documents, or there's something hidden in the walls. That was my first reaction is oh my gosh, what is this,” Annie said.

Allan took the book to Annie and they opened it up. Inside was an accounting ledger that dated back to 1905. From what Annie could decipher, the book owner could have been a self-employed carpenter or maintenance person working for 20 cents per hour.

Inside the book were several invoices, letters, receipts, and postcards dating back between 1905 and 1928.

One of the items was an invoice from 1909; The original book owner charged a school in Sussex, N.B., $428 for a full year of janitorial work. Annie said she worked it out to about 26 cents per hour.

A receipt from the Saskatchewan Registered Seed Growers was found in an envelope with Saskatchewan Musical Festival and King George stamps. The receipt was for $4.61 for 120 bushels of barley seed and $7.49 for freight.

There were also envelopes with two-cent Confederation of Canada stamps.

All of these century-old documents sparked Annie's interest in trying to find out more about who owned these documents and how they ended up in the house.

She went to the library’s archive section in 2019 and found history dating back to 1913 about the owners of the house. However, none of the names matched up with the names on the documents. After that, the book and all the documents were put in a drawer and forgotten about.

On Nov. 16, Annie began thinking about the documents again and wondering if there might still be family members around. She reached out to Facebook asking where she could take them to learn more.

How did the book end up at Annie and Allan’s house? That still remains a mystery. Annie has been unable to find a connection to the house and family members have told her that their relatives lived a couple of streets down from the house, but have no recollection of them living at that location.

With Christmas approaching, Annie will be giving the family an early gift. She is making plans to return the documents so the family can have a piece of their history.

“I know personally if it was me and they found something from my family, oh my gosh, I would love to have it back. Right before Christmas, I would have this in a scrapbook,” Annie said. 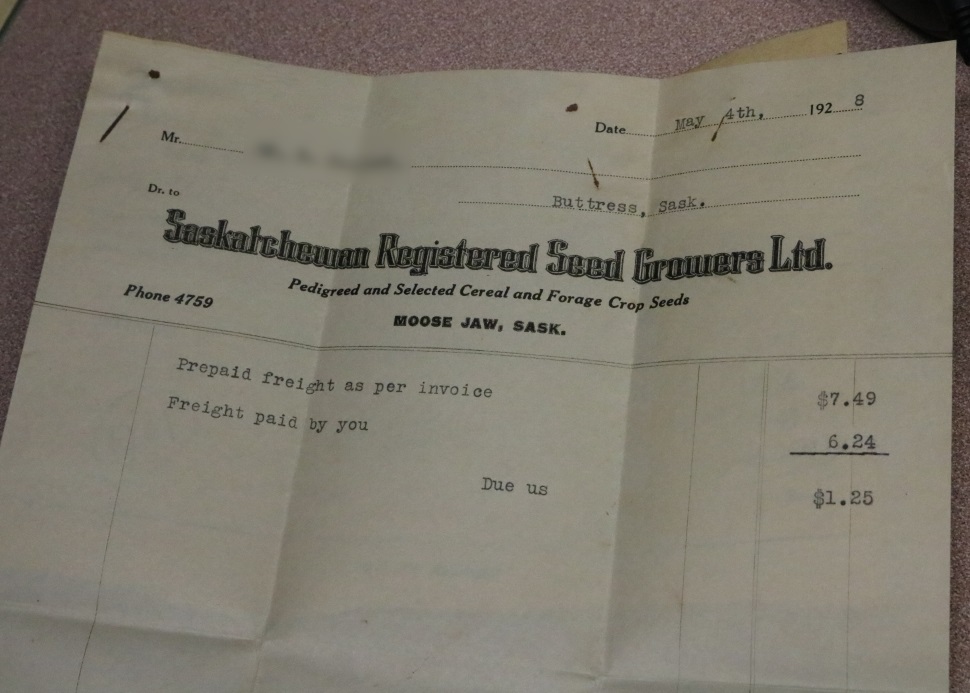 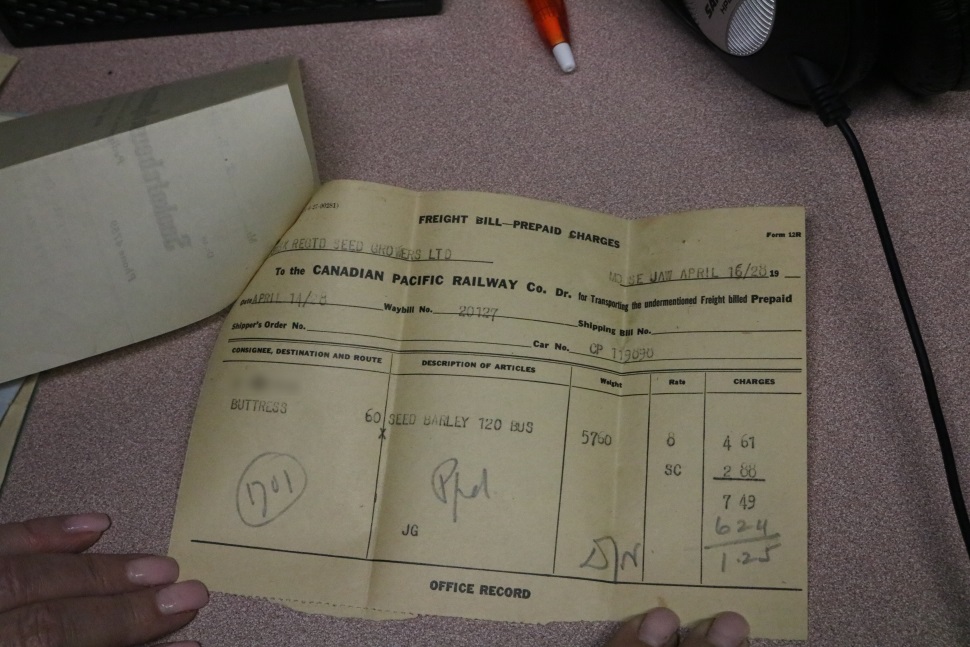 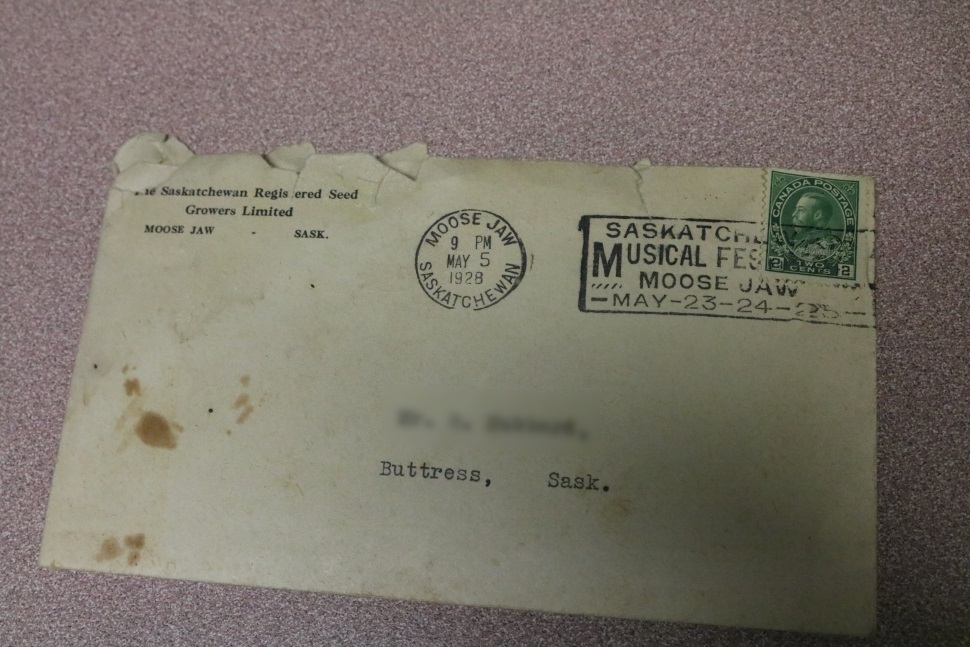 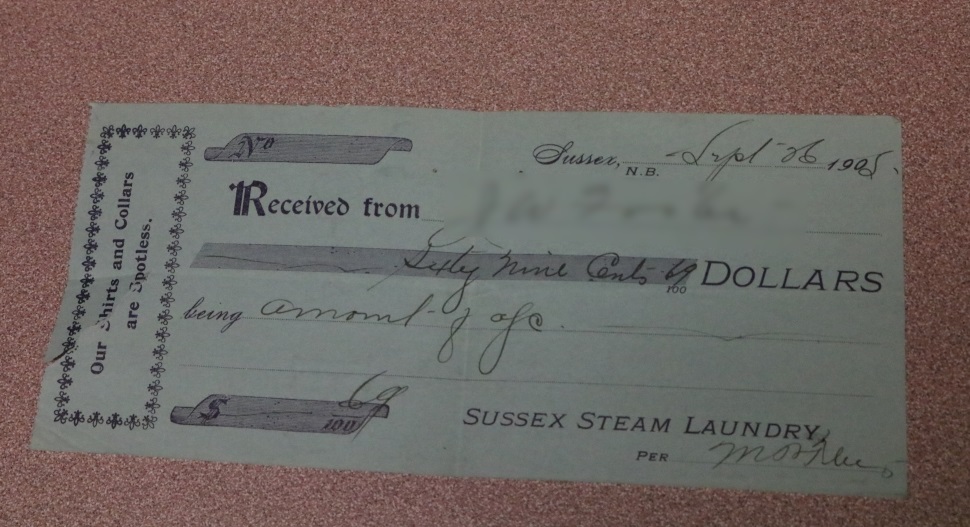 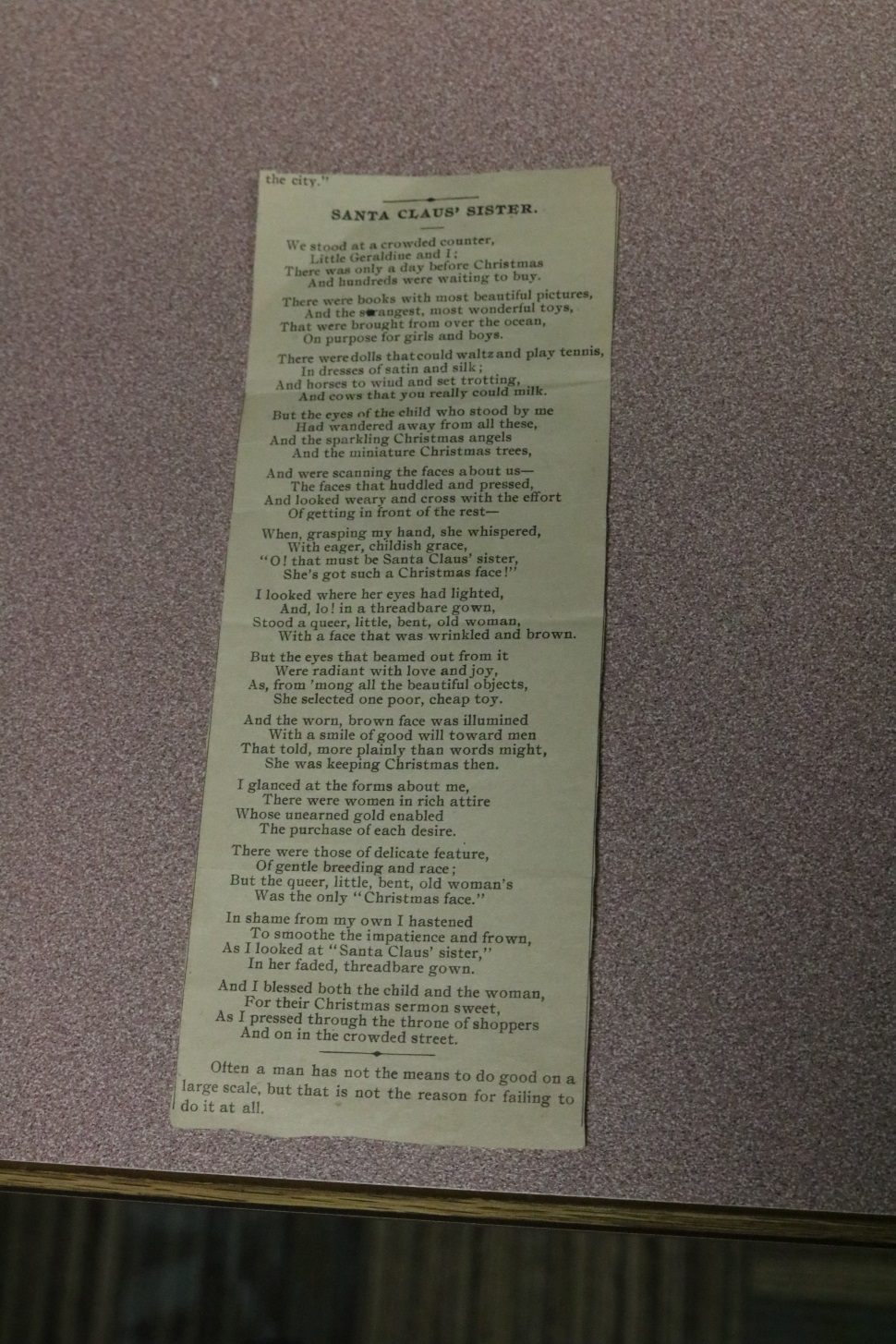 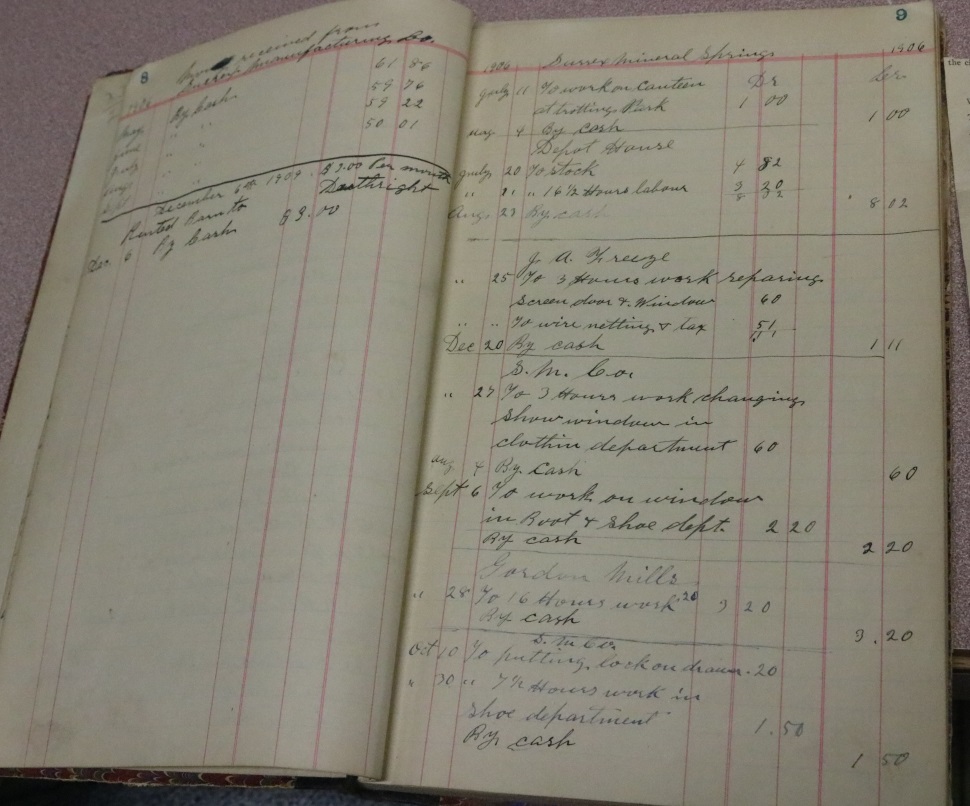 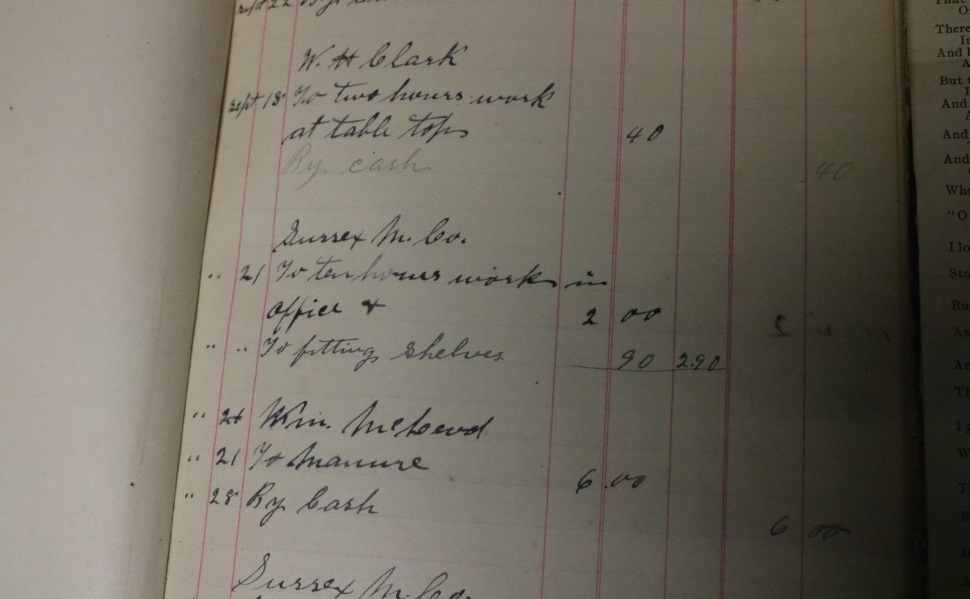 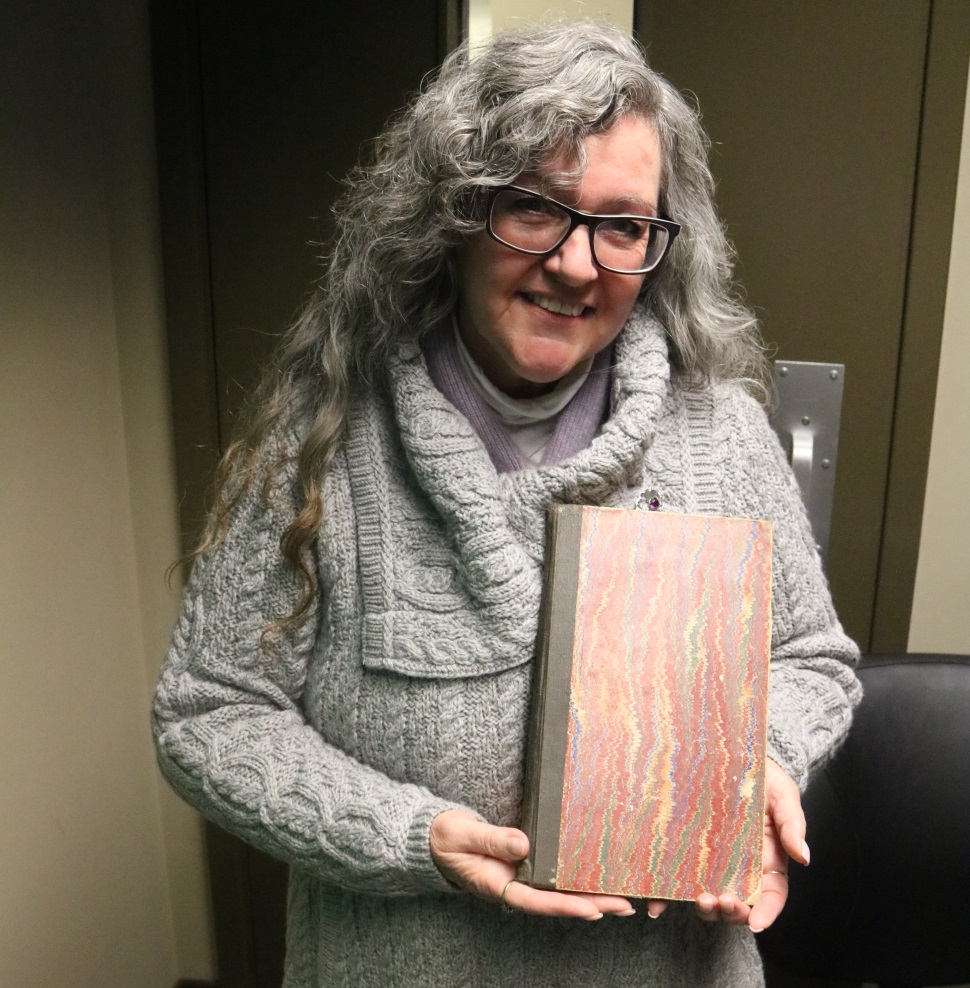 Wrapping Up November with Tennille Townes On The Canadian Country Showcase

Special ceremony helps those dealing with loss this Christmas season

Moose Jaw Athletes of the Month of November announced

Support a child in need this Christmas: Kids Miracle Tree